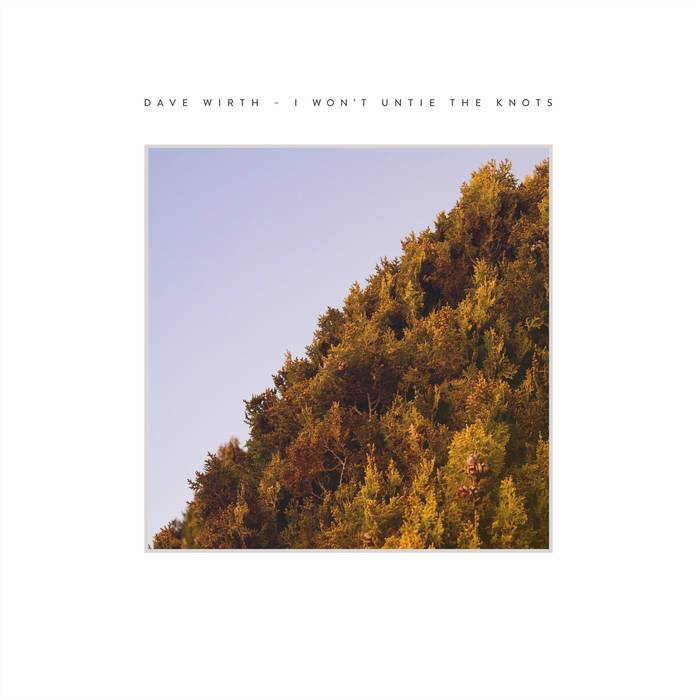 Dave's first record titled "I & II" (2005) was an experimentation with slowcore indie-rock songs with melodically layered feedback. It wasn't until 2016 that Dave got into the studio again to record "Flutters." Flutters is an all-instrumental acoustic guitar record, released to critical acclaim. With his 2018 release "The Big Heavy," which also gathered critical acclaim for it's lyrics and melody, Dave explored more indie-folk arrangements with deeply layered voices and guitars.

"I Won't Untie The Knots" was the other 2021 release on FFRSD for Dave Wirth. This epic rocker was greatly influenced by Arcade Fire's second record Funeral and the strange but accessible melodies heard in Band Of Horses in their first two records. Lyrically, it's an expressionistic and blurry impression of modern life filled with the intimate dread of personal responsibility. Dave originally created and recorded Knots in a fit of passion in a random building in South Austin. Interestingly, the drums were not played to a click track. There are around 20 guitars overlaid throughout this recording. Some electric, some acoustic. Piano, and even mountain dulcimer.