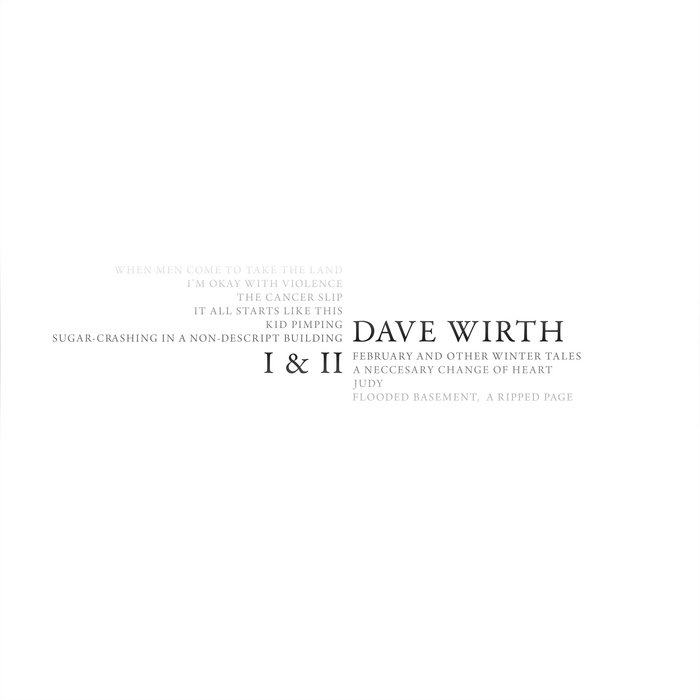 2005's "I & II" houses two EP's in one LP. Part I is a collection of dark indie-folk tunes. Themes of struggle, cancer, raising kids the wrong way, and homelessness all strongly pervade the songs and inform that atmosphere. Part II is an unflinching view of parenthood in an unhealthy family atmosphere.

In either case, Dave's not lying with this music. It's uncompromising, unapologetic, and completely in-your-face vulnerable. We hope you enjoy that.